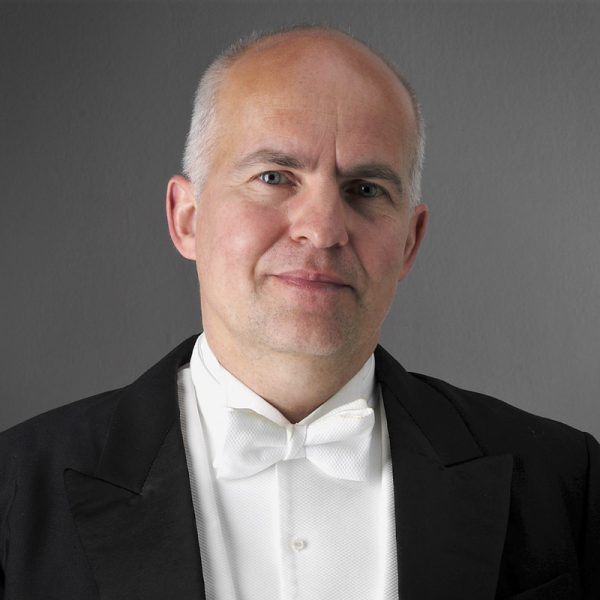 Since 2015 Johannes Fritzsch has been regularly invited to the Hamburg State Opera, where over the last seasons he conducted Il barbiere di Siviglia, Die Entführung aus dem Serail, Madama Butterfly, Luisa Miller and Der fliegende Holländer. Further to his commitments in Hamburg, he conducted The cunning little Vixen for West Australian Opera, Don Giovanni for Opera Queensland and makes major appearances with Xi’an Symphony Orchestra, Auckland Philharmonia Orchestra, Orchestra Victoria and the Tasmanian Symphony Orchestra, where, in 2017, he had been appointed inaugural Principal Guest Conductor. Operatic highlights in Australia in 2019/20 season are productions La finta giardiniera, Die Zauberflöte and Lohengrin.

Johannes Fritzsch was born in Meissen, Germany, in 1960. He received his first musical tuition in piano and organ from his father, a cantor and organist. He also studied violin and trumpet. His higher education was received at the Carl Maria von Weber Music Academy in Dresden, majoring in conducting and piano.

In 1982, after completing his studies, Maestro Fritzsch was appointed 2nd Kapellmeister (conductor) at the Volkstheater in Rostock. In 1987, Mo. Fritzsch accepted the position of Kapellmeister with the Sächsische Staatsoper Dresden, Semperoper, where he conducted more than 350 opera and ballet performances within five years.

After the German reunification, Mo. Fritzsch was able to accept engagements outside of Eastern Europe. In 1992/93 he worked as 1st Kapellmeister at the Staatsoper Hannover. During that time, Mo. Fritzsch was appointed Chief Conductor and Artistic Director at the Städtische Bühnen and the Philharmonisches Orchester in Freiburg. There he remained until 1999, enjoying widespread acclaim.

Mo. Fritzsch lives with his wife, Australian violinist Susan Collins, and their three daughters in Hobart where he works as adjunct professor for the University of Tasmania, Conservatorium of Music and as course leader of the newly created Australian Conducting Academy in collaboration with the Tasmanian Symphony Orchestra.