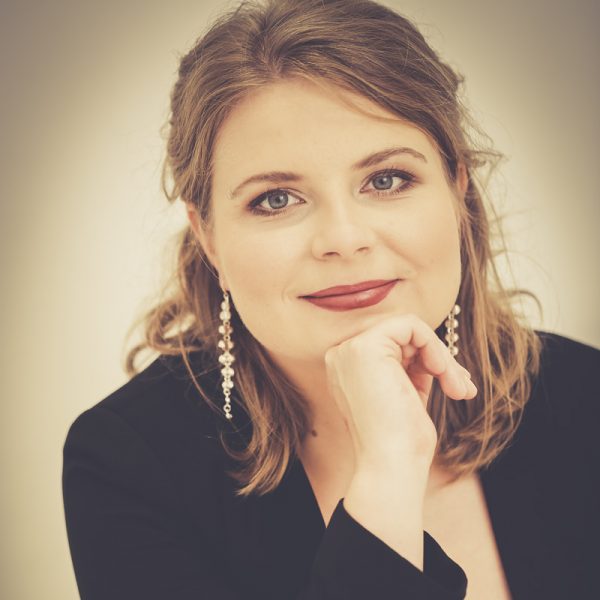 Polish mezzo soprano Marta Świderska has been a member of the International Opera Studio at the Staatsoper Hamburg from 2015 to 2017 and has subsequently joined the ensemble of this important German opera house, where her repertoire included roles like Tisbe in La Cenerentola, Mercedes in Carmen, Zaida in Il Turco in Italia, Marthe in Faust and Brigitta in Die tote Stadt. In February 2020 she is singing the roles of Theatergarderobiere and Ein Gymnasiast in Christoph Marthaler’s award winning production of Lulu at the Hamburg State Opera.

Other engagements this season include one of the Blumenmädchen in Parsifal in Hamburg and concert performances of Stravinsky’s Pulcinella with the Swedish Radio Symphony Orchestra under the baton of Barbara Hannigan.

Despite her career being only at the beginning, she has already been invited to sing at the Komische Oper Berlin, the Oper Leipzig and the Baltic Opera Gdańsk, where she has performed Olga in Eugene Onegin. In 2018/19 she sang her first Erda in the premiere of Siegfried at the Oldenburgisches Staatstheater. She also sang Baba the Turk in Stravinsky’s The Rake’s Progress with the Munich Philharmonic Orchestra at the Philharmonie im Gasteig and on tour in several prestigious concert halls throughout Europe with the Ensemble Equilibrium. All performances were conducted by Barbara Hannigan.

Marta Świderska started playing the violin at a very young age. After graduating from school, she enrolled at the University of Technology in Katowice where in 2016 she obtained her PhD (doctor) degree in Material Science Engineering. Simultaneously she began studying voice at the Karol Szymanowski Music Academy in Katowice. After finishing her bachelor studies, she went on to make her master in music at the Hochschule für Musik und Darstellende Kunst in Frankfurt/Main.

Das Rheingold – Erda
(studied, not performed on stage yet)