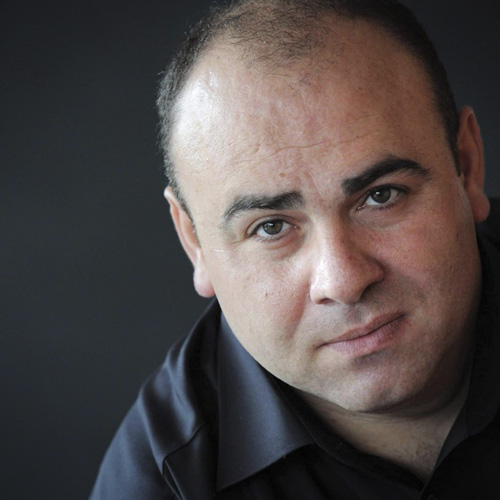 Italian opera houses play an important role in the career of Georgian bass Ramaz Chikviladze. Also in the season 2019/20 several engagements bring him to Italy, where he sings, for instance, Sarastro at the Teatro San Carlo in Naples, Sparafucile in Lucca and Modena. Furthermore, he has recently made his debut as Hunding in Die Walküre at the Teatro Petruzelli in Bari.

Other recent engagements include Wurm in Luisa Miller, Geronte in Manon Lescaut and Theseus in Britten’s A Midsummer Night’s Dream at the Hamburg State Opera, Il Commendatore in Don Giovanni at the Opéra Nice in France, and Mephistophélès in Gounod’s Faust at the Teatro Municipale Piacenza

He has sung no less than 12 roles from operas by Giuseppe Verdi, but also Mozart's Osmin, Rossinis Don Bartolo and Dikoj in Janáček’s Káťa Kabanová belong to this versatile artist’s repertoire.

Ramaz Chikviladze has studied in his home town of Tbilisi, Georgia, where he also made his professional debut as an opera singer. He then went on to join the International Opera Studio of the Bavarian State Opera Munich and, after being a member of the ensemble first at the Theater Dortmund and then at the Theater Bonn, embarked on his international career. As a regular guest he enjoys singing at the Israeli Opera Tel Aviv, Opéra Nice, Teatro Massimo Palermo, Opéra Monte Carlo, the Latvian National Opera Riga an, most recently, the Hamburg State Opera, where he made his house and role debut as Khan Konchak in Prince Igor in 2017.