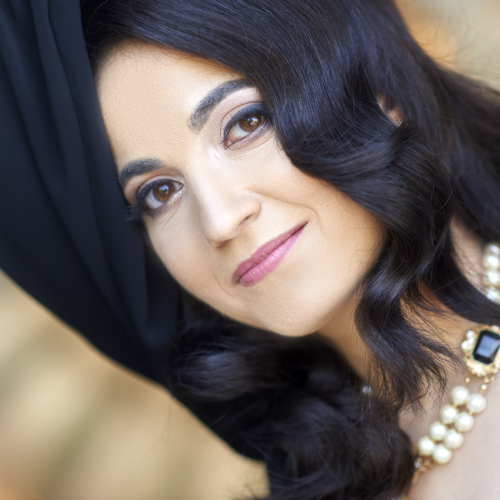 Romanian soprano Teodora Gheorghiu has long made a name for herself as an outstanding interpreter of the lyric coloratura and belcanto repertoire. Making her debut at the Vienna State Opera at the age of only 25, she joined the company as a principal artist from 2007 to 2010, and has since been a regular guest on the stage of this prestigious opera house, where she sang a wide array of roles, including Adele in Die Fledermaus, the Queen of the Night, Nanetta, Fiakermilli, Adina in L’elisir d’amore, Elvira (L’Italiana in Algeri), Sophie (Werther), and Eudoxie (La Juive). Soon she was by being recognized as one of the world’s most exciting young talents.

In 2010, conductor Christophe Rousset approached her with an idea for her first recording, an homage to the 18th century soprano Anna De Amicis. The resulting album, on the Harmonia Mundi distributed Aparté label, included mostly premiere recordings of arias by Mozart, Gluck, Borghi, Cafaro and Mysliveček and was labeled “Disc of the Month” by International Record Review (which praised Gheorghiu’s “stunning vocalism”) and Opera Magazine, and was the “Disc of the Week” on BBC Radio for 3 consecutive weeks.

Teodora Gheorghiu’s love of music and singing is not limited to opera alone.  Many times, throughout her career, she has given Lieder recitals and, in 2013, she released her second CD album for Aparté, Art Nouveau, featuring Lieder by Strauss, Zemlinsky, Ravel and Respighi as exemplary expressions of this European art movement in music.

It was José Carreras who first encouraged her in taking her first steps as an opera singer, when, at the Julian Gayarre International Singing Competition, Teodora Gheorghiu had not been awarded a prize and he, being a member of the jury that year, gave her a scholarship equivalent to the prize money, from his own pocket. Teodora Gheorghiu went on to win prizes in prestigious competitions as, for instance, the Queen Elisabeth Competition in Brussels. She has also been awarded the Herbert von Karajan scholarship.

Recently Michel Plasson is her mentor in approaching new artistic horizons. Following her success as Sophie in Der Rosenkavalier in Glyndebourne 2014, Teodora Gheorghiu has made her debuts as Mimi, Contessa in Le nozze di Figaro and Violetta in La Traviata. An important focus of her new repertoire are the belcanto roles for dramatic coloratura soprano such as Donizetti’s Lucrezia Borgia and Imogene in Il Pirata, which she presented in concerts in Spain and Switzerland and which are also the theme of her newest CD that will be released later this year with the Aparté label.